Beijing is a city known for its bikes. Despite the Chinese obsession with the car, and the city’s smog problem, cycling still seems to work quite well in China’s capital city. Most large streets have cycle paths on the sides, used by regular cyclists and a variety of transport cycles. This blog post documents my impressions of this cycle culture.

The classic
This is the standard Chinese city bicycle. Upright stance, no gears, and a type of hub brake mounted on the opposite side from the chain at the back. 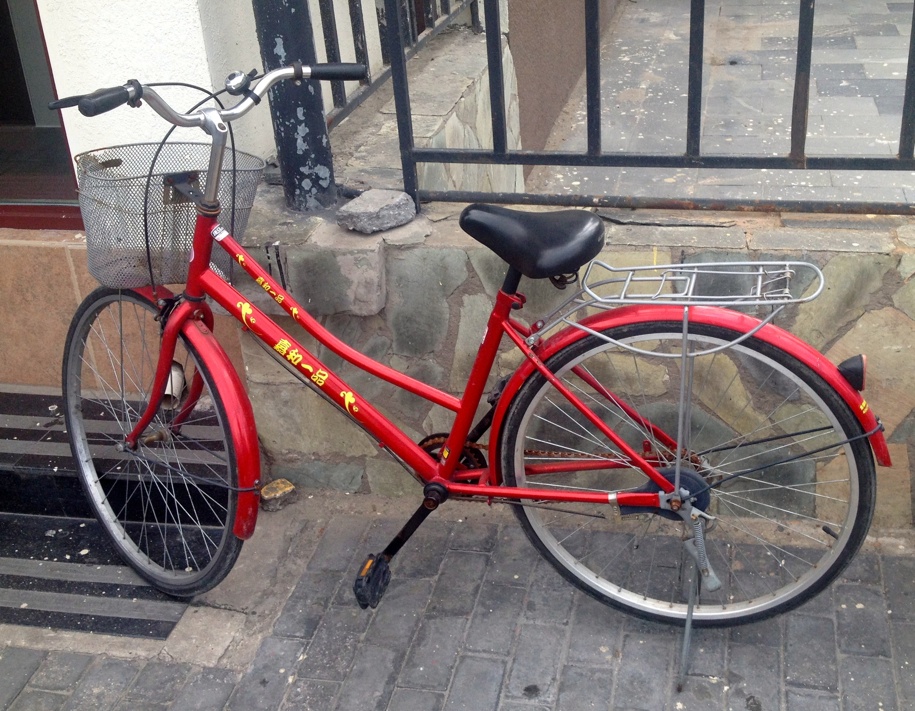 Cycling is not a speedy business in Beijing. So take is slow on a shopper with suspension. 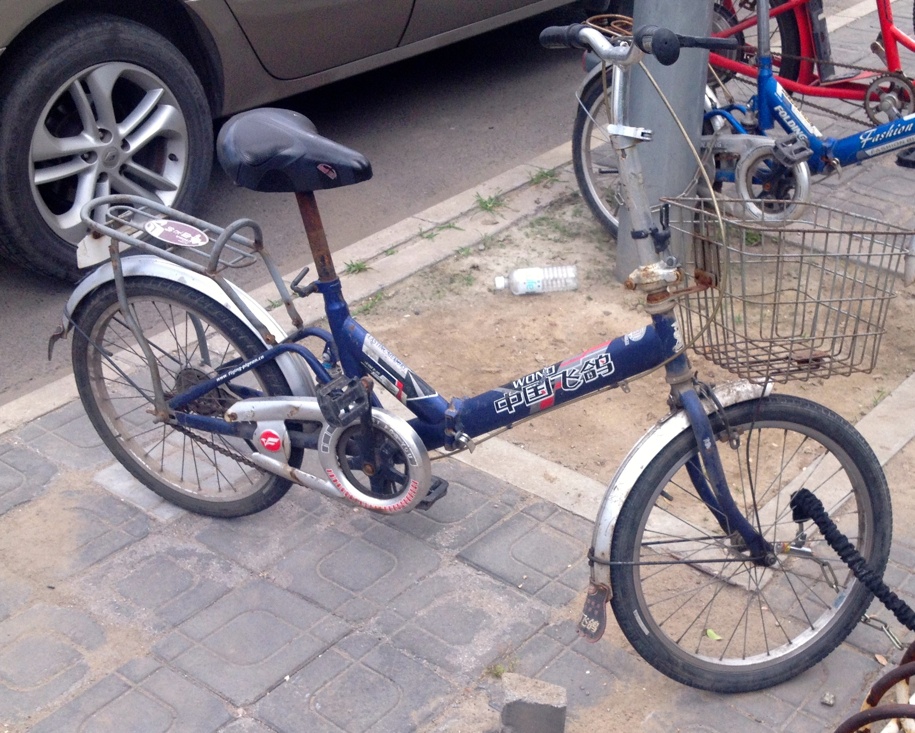 Or use the Beijing bike sharing scheme. The bikes are classic Beijing style. I didn’t manage to work out how to use this as a tourist though! 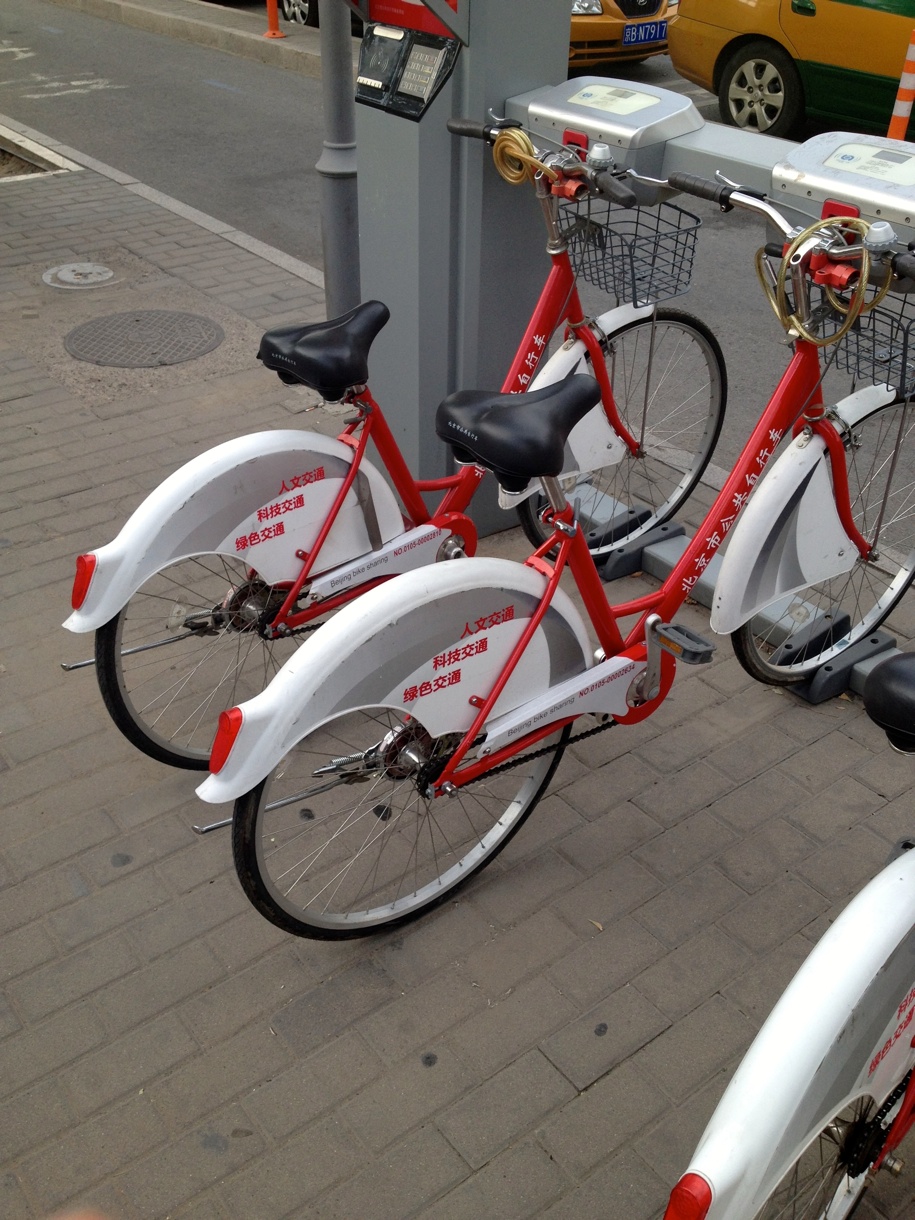 The major development – Beijing is full of eBikes of various sorts. Some of these have evolved from regular bicycles 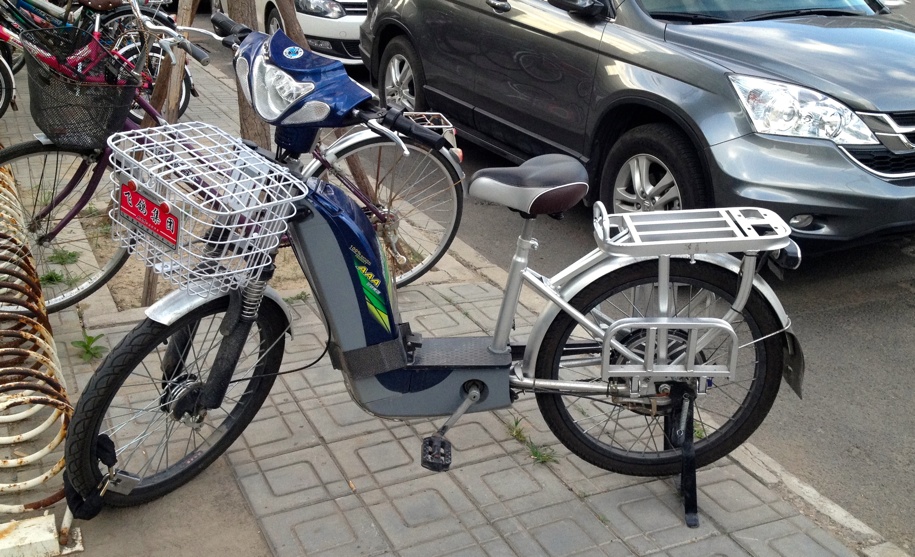 The battery fits under the seat in most designs, and is removed and taken indoors to be recharged. Here the battery has been removed: 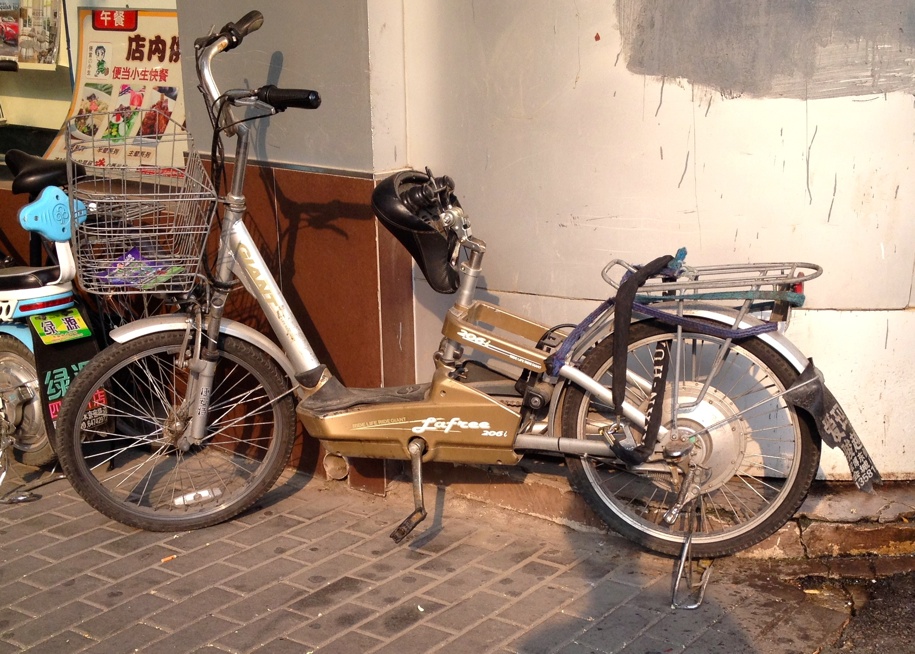 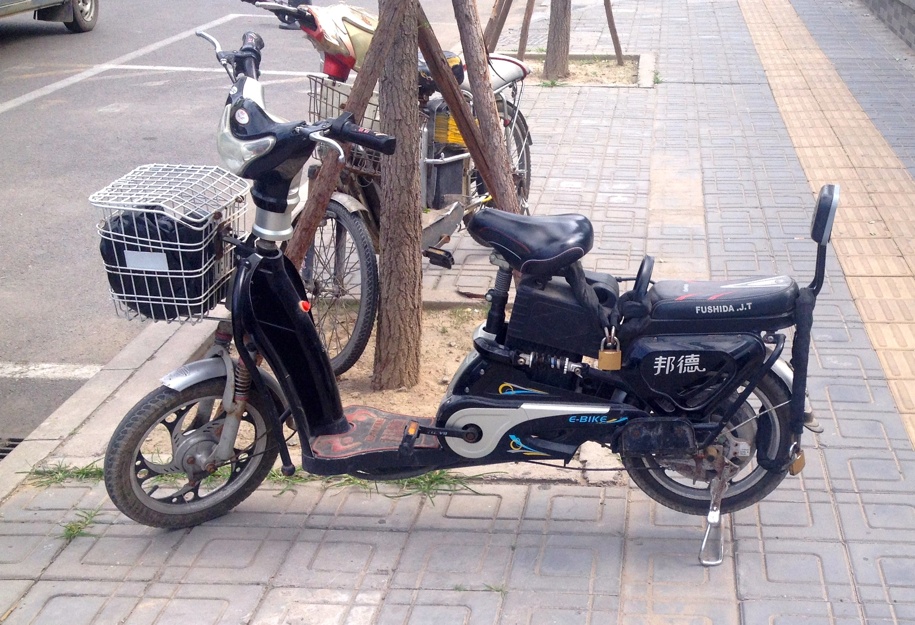 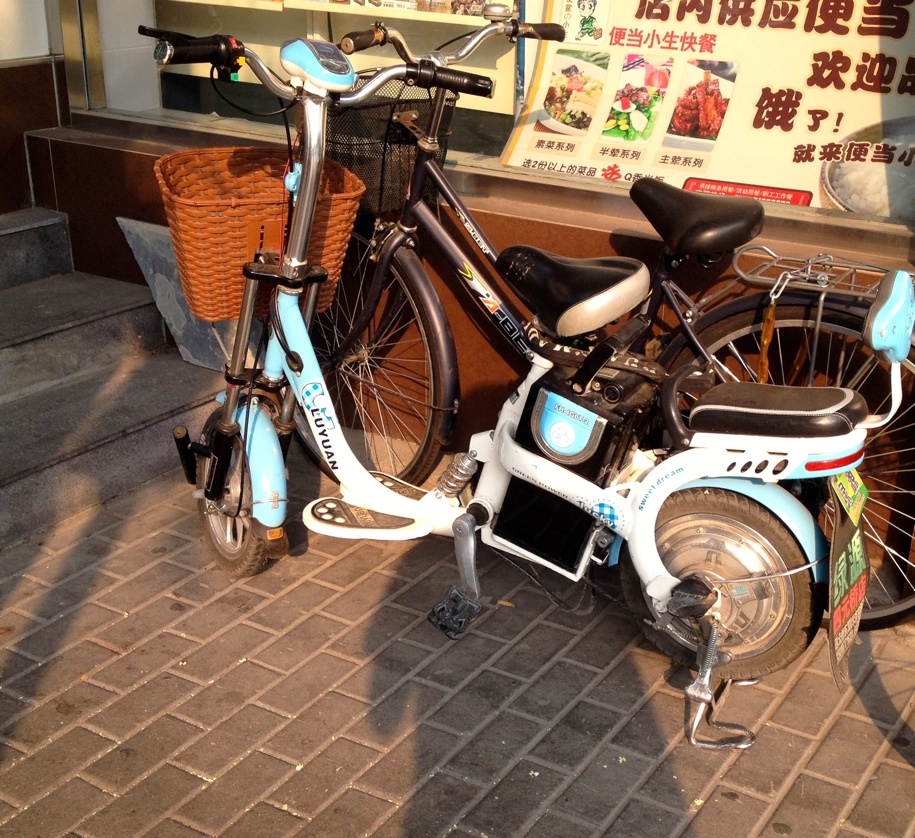 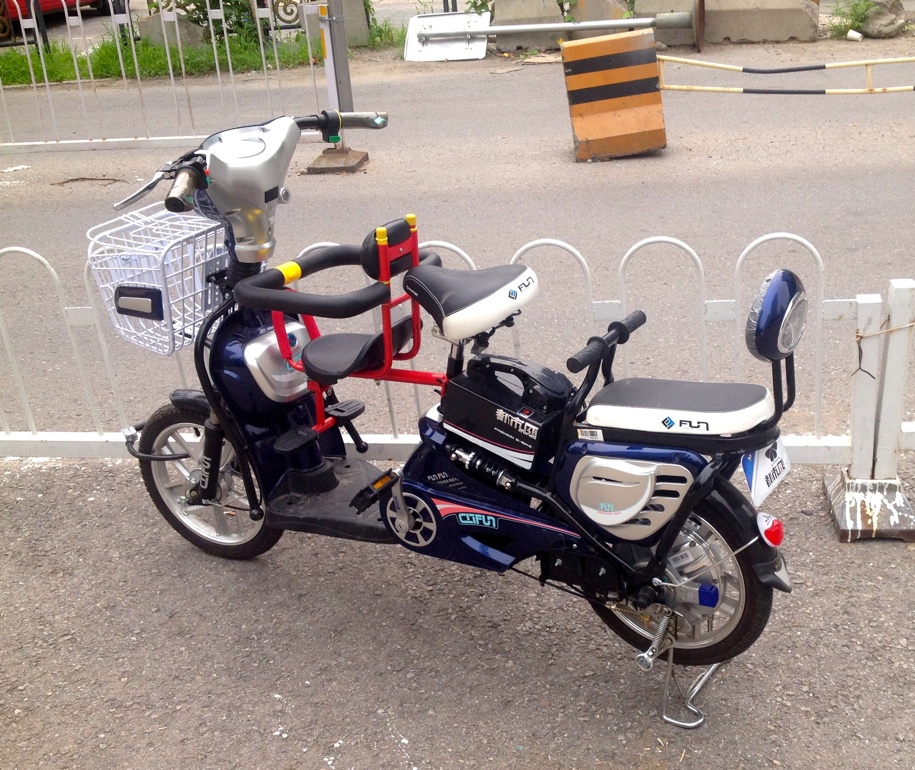 Some do not have pedals, and look more like typical scooters 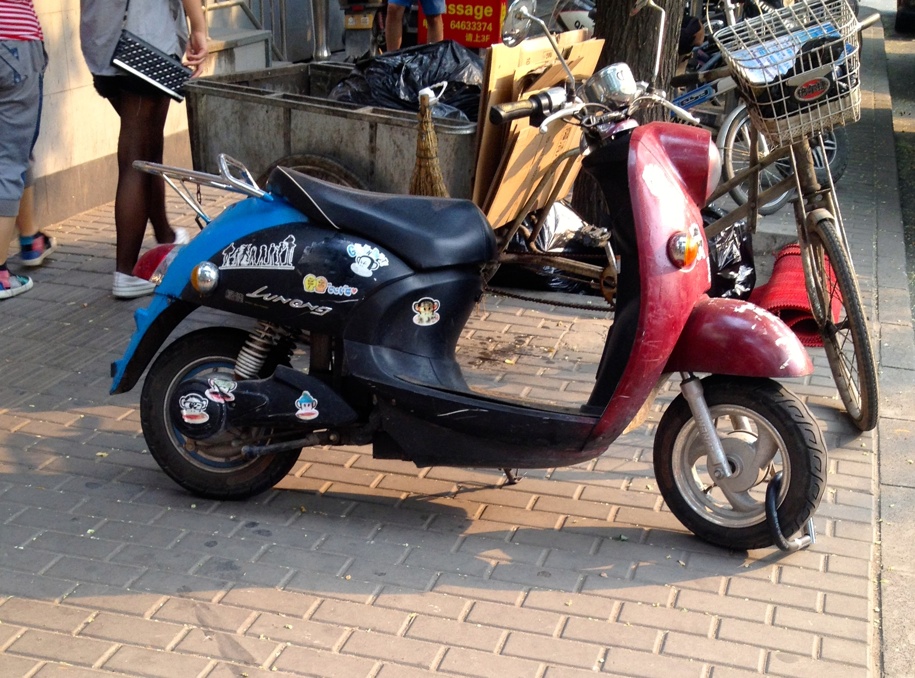 The Beijing classic cargo bicycle has 3 wheels, with the transport part on the back 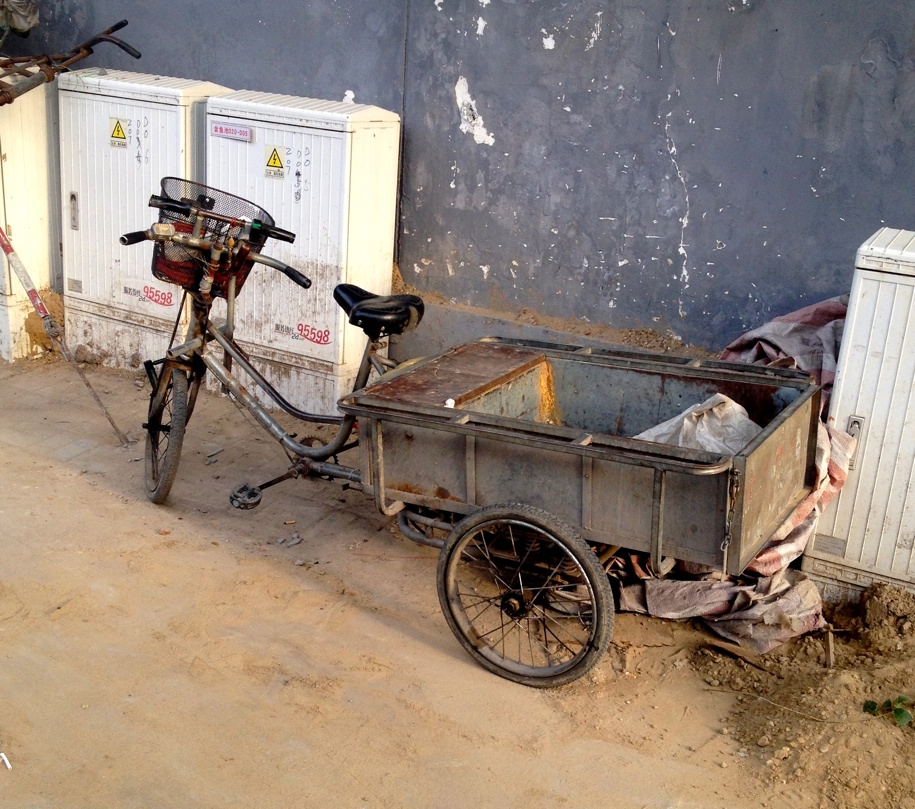 Some of these have had electric motors added 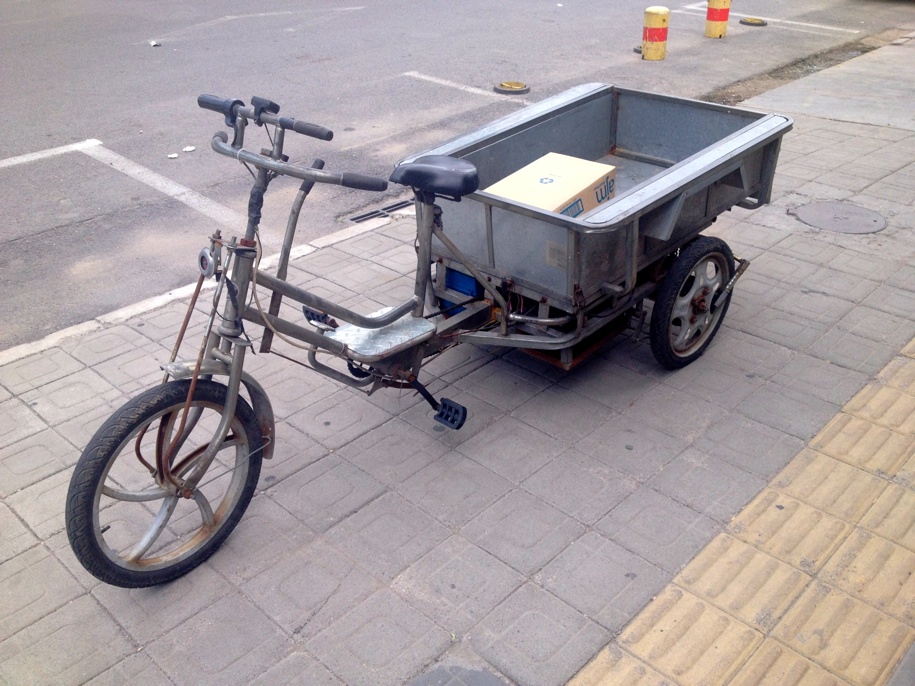 Even unmotorised you can transport a lot 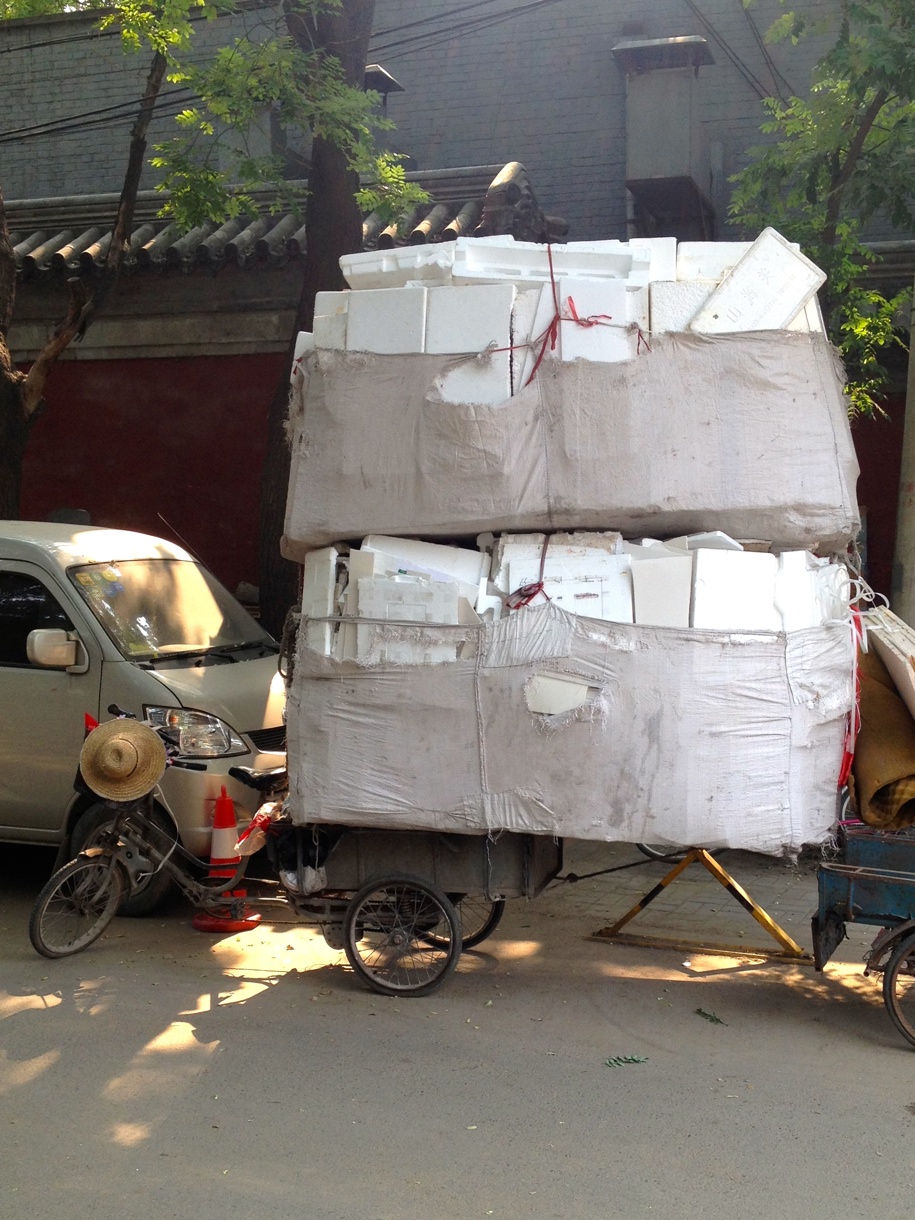 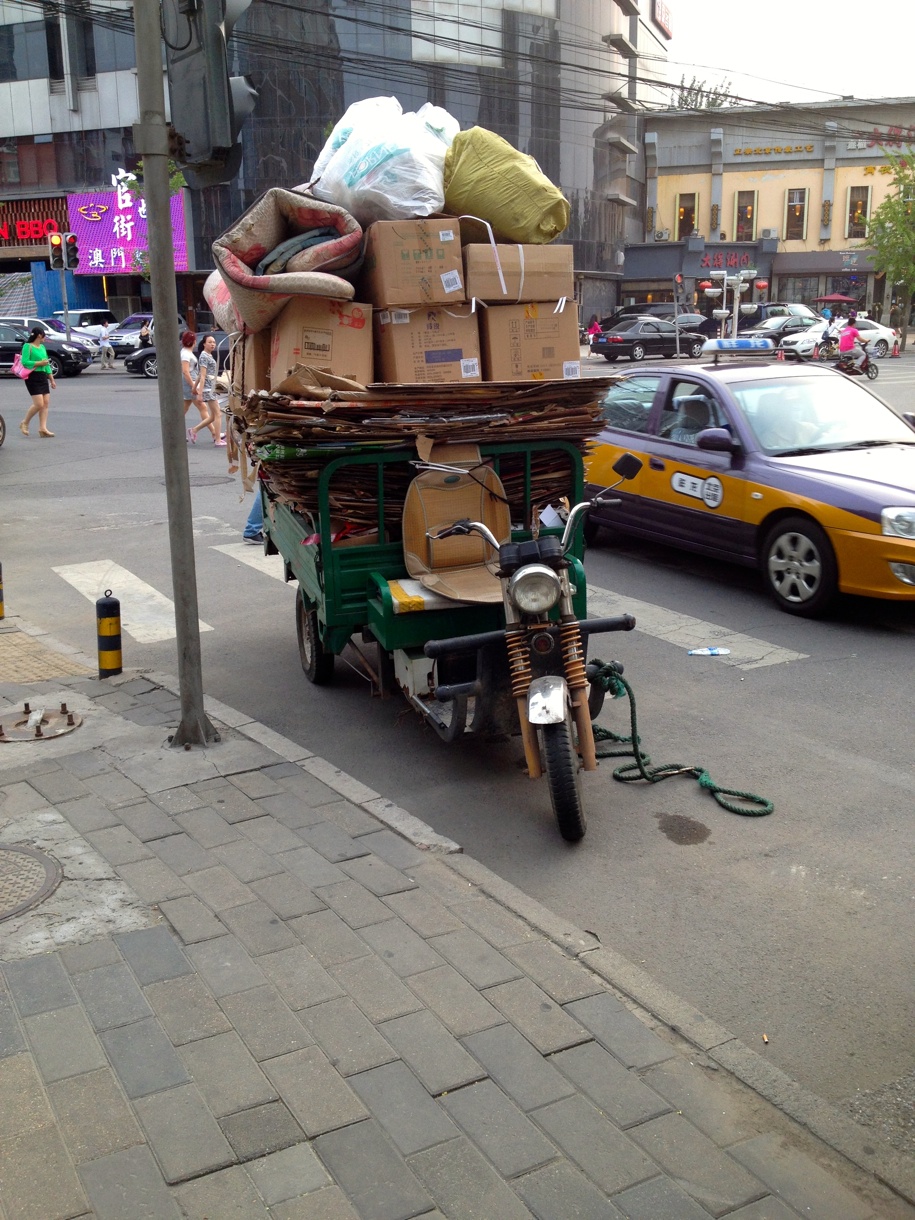 And one for people, also electric – these offer short-range taxi services. They do not have meters though – barter beforehand 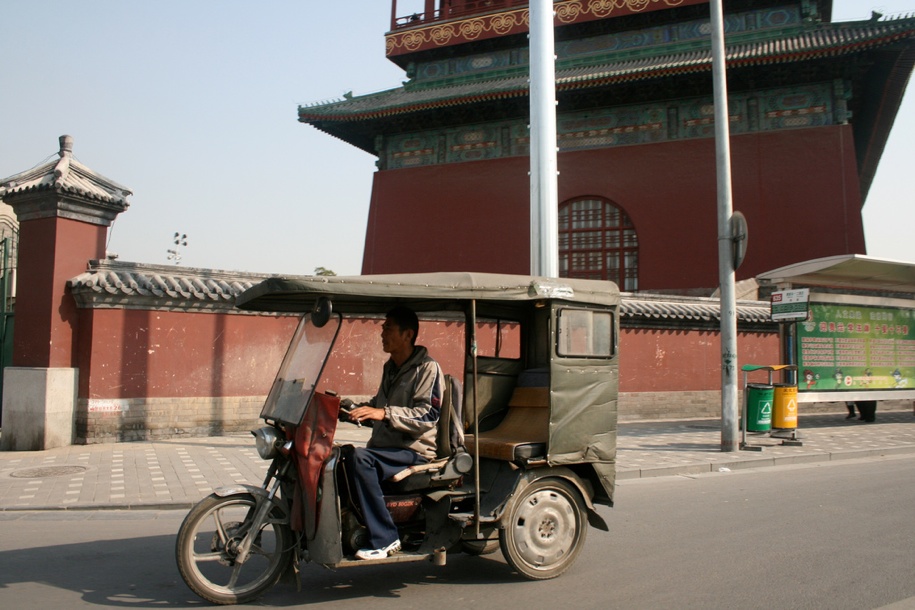 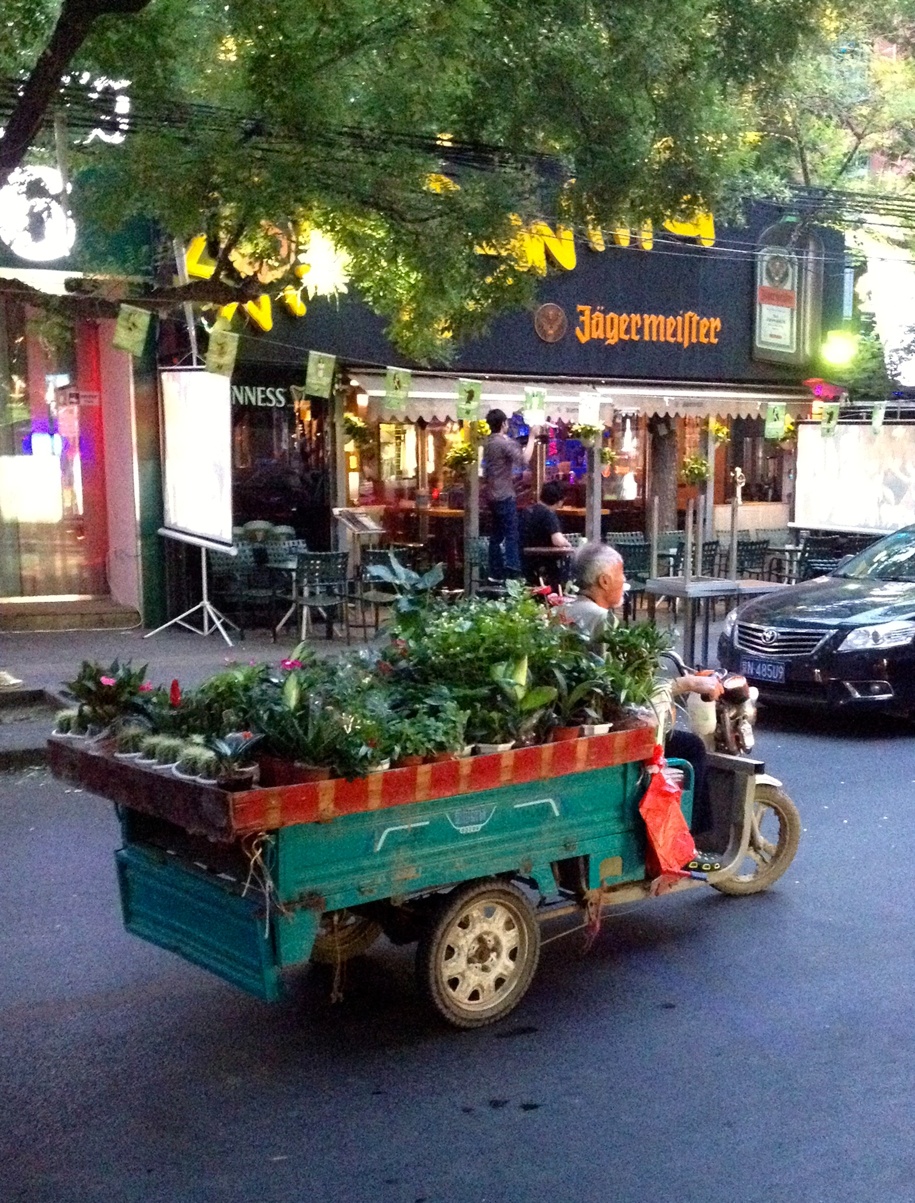 This 3 wheel eBike culture leads to some interesting designs 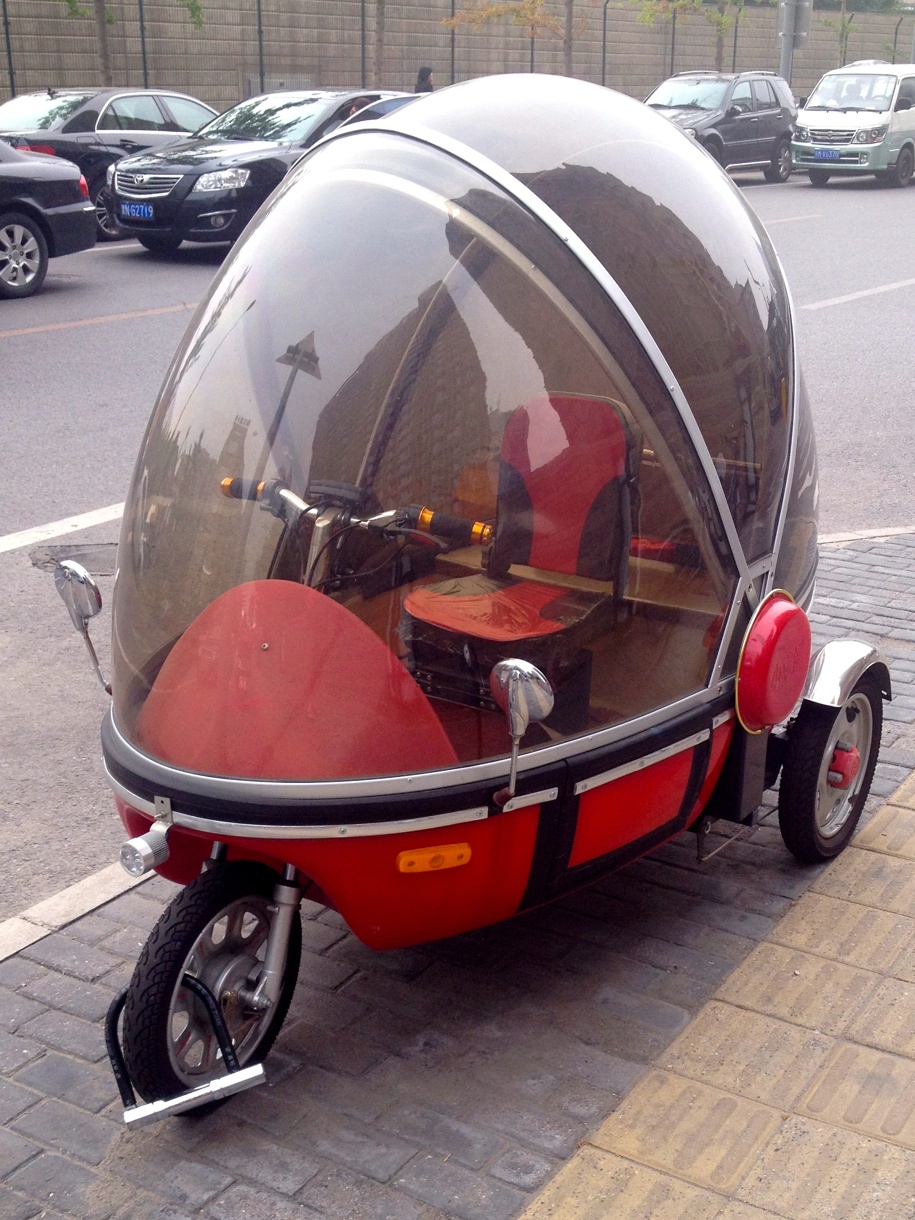 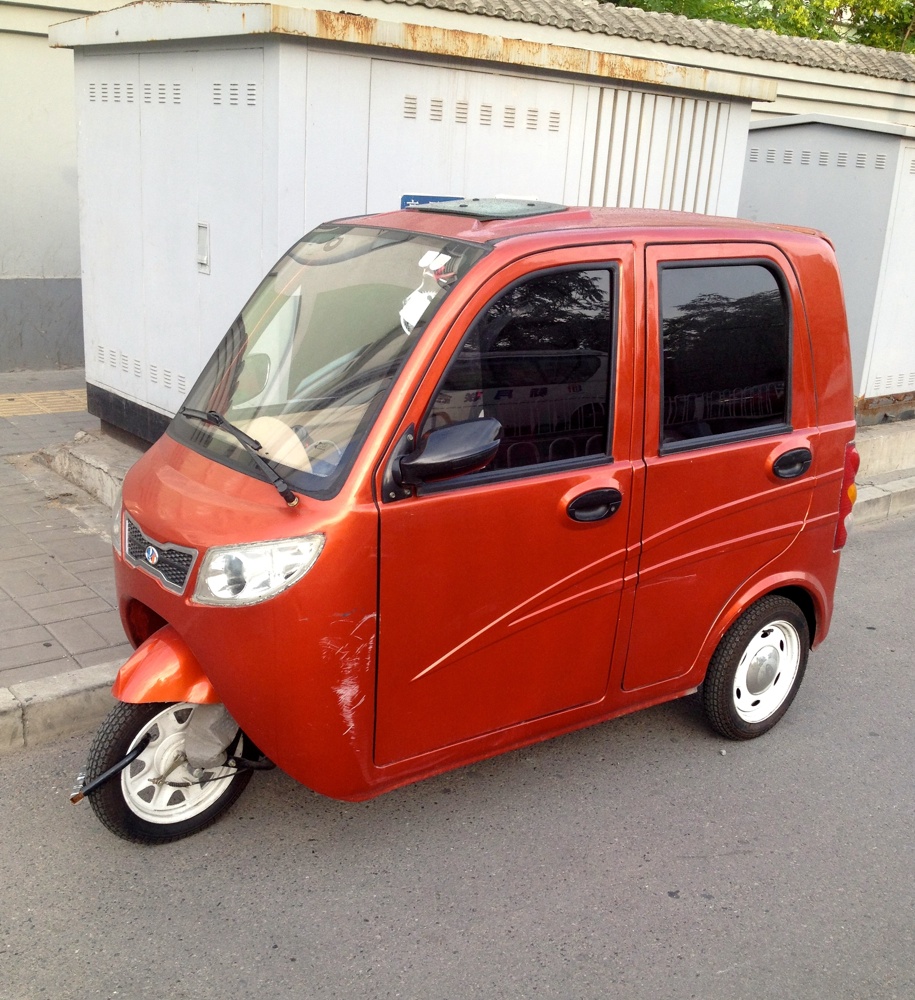 (all photos by Jon Worth, except the passenger eBike – credits for that below)