Eurostar has not been running for 3 days and has been roundly criticised for not informing passengers what’s going on. In that climate you would have thought that other train operators would have been especially attentive to customer service in the event of delays. Oh no, not even close.

Sarkozy even called in Guillaume Pepy, boss of SNCF, to ask for an explanation of the Eurostar mess. Perhaps Sarko could also ask how SNCF can provide such shockingly bad service on its own trains too.

The screens at Gare du Midi showed no delay, TGV due to depart on schedule. Passengers board. More and more board, including, as it turns out, passengers also bound for Perpignan whose train had been cancelled. And then… nothing. The train did not move, no announcements were made, until a small word on the tannoy told us the doors were closing – a full 40 minutes late.

5 minutes into the journey a further announcement told us that bags must not block the doors, but not a word was said about the delay and no apology was made. A stressed elderly lady sat beside me in the train bemoaned the fact that she would already have missed her onward bound connection.

We arrived at Lille Europe 40 minutes late, still no explanations, and some passengers disembark. An announcement tells us the train is supposed to be attached to another train, but there’s no explanation of when we will leave.

So I decided to take matters into my own hands and went to ask the train staff gossiping and smoking on the platform (pictured). I’m told the second train will arrive in 5 minutes. I ask why passengers in the train have not been informed and the response is a shrug of the shoulders of the SNCF employee I spoke to.

I’m not letting this lie I thought, so as soon as the train left I was determined to speak to the train manager (Chef de Bord). Two of the platform gossipers walked through the train just after departing Lille and I asked them who is the Chef de Bord. We are they said. The conversation (in French) went roughly like this:

Me: I would like to know your names, because I would like to make a complaint to SNCF?
Them: Why? What’s the problem?
Me: Because the train is now very delayed, and we have received no information about what is happening, and that is not acceptable, and for the complaint I need to know who is responsible. That is why I want to know your names.
Them: We are not allowed to give you our names.
Me: So who is actually responsible for communication then?
Them: But isn’t it clear. The train is late.
Me: Yes, that’s clear. But why have we not been informed? We’ve been delayed for more than 1 hour.
Them: Listen, mister. We announced that there was a delay [at 17h07! – see above] and an hour ago we were still at home. That was not our responsibility.
Me: So please tell me who actually has the responsibility to tell the passengers what’s going on?
Them: Where are you travelling to?
Me: Charles de Gaulle Airport
Them: What time’s your flight?
Me: It’s at 8
Them: So what are you getting angry about? We will be there in plenty of time for your flight. And we have said why the train is late.
Me: Look, I am only taking this train because I have been delayed 3 days due to the Eurostar mess, and the problem was that no-one was told what was going on.
Them: Look, why are you getting angry? There’s no point. Have a nice day, mister.

I also have some of the audio recorded on my iPhone as well.

But seriously, what the hell is that? SNCF exists to get its passengers from A to B in as smooth and pleasant way as possible. It does not exist to keep a pair of smug and lousy train managers in a job. And why – if the Chef de Bord is responsible for the train – do they not wear name badges, and are not willing to give their names?

I don’t even have a problem with the fact that the train was 85 minutes late by the time it arrived at Charles de Gaulle, but I want to know what’s happening. Even a ‘we are awaiting the arrival of a further train and do not know when we’ll leave’ would be better than nothing. It’s not hard! 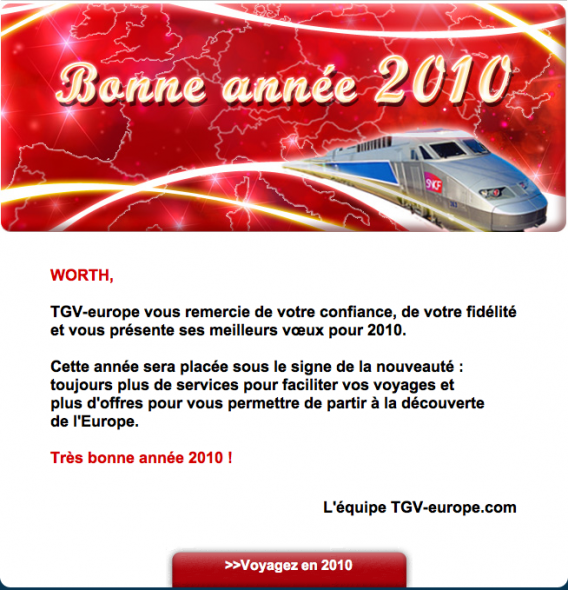