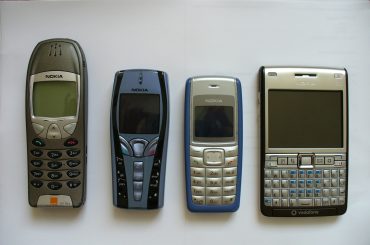 “Europe finally abolishes mobile phone roaming charges” was an appropriate headline in The Guardian yesterday. For this was the end of a long, and also pretty tortured, journey, and one that tells us quite a lot about the nature of EU decision making. I’m going to try to tell this […]

I’ve never met European Commission for Trade Cecilia Malmström in person. But from tweets exchanged over the years with @MalmstromEU I have some picture of what Malmström must be like as a person. From serious discussions about the implementation of Schengen (her previous Commission post was Home Affairs), via deleted […]

Back in the early summer of 2013 I wrote a detailed series of blog posts about the future President of the European Commission. There were posts about EPP, PES and other candidates. Overall those posts have stood up well over the last 6 months. But with the EP elections just […]

2014 is the big change-over year in the EU institutions. A new European Parliament will be elected in May 2014, and a new European Commission will take office in late autumn 2014. Some Commissioners will stay on, but probably with new portfolios, and others will not return after 2014. Some […]

In a previous post I analysed the likely candidates from the centre left PES for Commission President. Here I examine who the centre right EPP might put forward. It is worth bearing in mind that the nomination process depends on the outcome of the European Parliament elections, according to Article […]

On 4th March, George Osborne suffered a bruising defeat in negotiations in the Council of the EU about bankers’ bonuses. 26 EU Member States wanted limits on bonuses, Britain did not, and as the dossier was voted under Qualified Majority Voting (QMV), Britain was marginalised, and lost. OK, the financial sector […]

The European Commission, and Commissioners themselves, have progressively taken to Twitter over the past couple of years as a way of communicating with (at?) EU citizens. So how are they doing? This blog entry gives a quick summary. My starting point is that a good Twitter account is an engaging […]

EU justice Commissioner (and, very incidentally, Commissioner responsible for communications) Viviane Reding yesterday gave a speech entitled “Your data, your rights: Safeguarding your privacy in a connected world”. You can read the speech here, and there are articles from The Guardian, The Register and The Telegraph. I’m actually surprised – […]

Via Twitter I came across this post in French by Michael Malherbe about a letter sent from Commissioner responsible for Communications, Viviane Reding, to Commission President Barroso. Euractiv managed to get hold of a copy of the letter that contains 14 points about how communications are to be improved. The […]