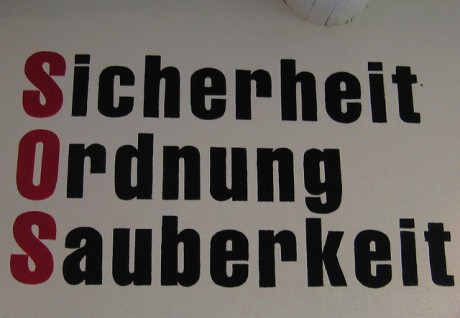 I get lots of work done due to systems to improve my efficiency. My mail is meticulously filtered with mail rules. Server data is neatly arranged. RSS feeds for the blogs I read are ruthlessly ordered in Netvibes. I’m hence reasonably good at getting the news I want from the sources I want in a format that suits me and – importantly – it’s a system where how much information I get, and whether to go back over old posts, is determined by me.

I’m also active on Facebook and Twitter, and the surprising things those networks turn up are the equivalent of browsing the pages of a newspaper – something catches your eye. Discovering this piece on Twitter’s great pretenders, thanks to a tweet from Evan Harris, was a highlight of the past week. I saw this because I happened to notice that tweet at that time – 2 minutes earlier or later and I would have missed it. Same – in reverse – for anything I ever tweet or post on Facebook and friends who read those. How do I know if what I write, and when, fits the systems, the everyday habits, of my audience? For social media (especially Facebook and its algorithms to determine what’s in a home feed) is serendipitous and opaque to understand at best.

Where is the balance between the two approaches? And what does all of this mean for trust and networking on the web?

Thinking about this was prompted by the post last night about the fact this blog features on so few blogrolls. The comments on the post were illustrative – 13 comments on the post imported as a note on Facebook and just 5 on the blogpost itself. On Facebook the author of Never Trust a Hippy basically stated that the only reaction he ever now gets to blog posts is among friends via Facebook, or via Twitter.

But surely there are two problems with this? First if I happen to miss a wall post or a tweet, then that’s it, if a post doesn’t catch my eye now it’s lost. I don’t want to keep on tweeting links every few hours, yet no other systematisation strikes me as possible. Second, I would hope that my blog would appeal to a wider audience than those that are friends of mine on Facebook or follow me on Twitter. I would hope – thanks to thoughtful blog entries – to build trust with my readers even if I don’t actually know these people offline. Facebook, and to a certain extent Twitter, are not really designed for that.

Or perhaps, as someone who blogs in his free time, I need to just accept the gist of Jeff Bercovici’s piece (link thanks to Europasionaria) that hobby-bloggers are increasingly just turning to social media and are blogging less, and the place for this blog low down the long tail is just the way it’s going to be. Stats on the usage of RSS readers are none too rosy either.

Overall though, I reckon I’m not the only one craving a bit of ordnung in all of this. Question is how to do it.

So @decoassociacao my video response to your video is now online! And do send it to the people featuring in your video! #CrossBorderRail

My view on what does and doesn’t work with rail in 🇵🇹 👇
https://www.youtube.com/watch?v=DO6nUBr5p_g

Cash cow. Neither Renfe nor SNCF give a damn. When the cooperation between the two ends in December maybe it changes a little? It sure can’t get worse…

The Man in Seat 61@seatsixtyone

@jonworth @FlywheelMedia1 @CER_railways I'm of the opinion that @Renfe_SNCF have seriously mismanaged pricing on the cross-border TGV routes, especially Paris-Barcelona. This isn't for tomorrow, it's for OCTOBER: 2