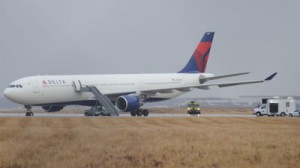 The British media has been getting itself into a lather about the latest attempt by some nutter to blow up an airliner, this time on a flight between Amsterdam and Detroit. The alleged culprit is a Nigerian Muslim, so hence there’s the allegation he’s a member of Al-Qaeda. According to Sky News that’s what he’s told US authorities. The Guardian also takes the Al-Qaeda line, but interestingly the latest BBC News articles does not. The BBC profile of the alleged bomber is quite interesting – privileged family, but he seems quite nutty.

Maybe I am too keen to smell a rat, but what does a link to Al-Qaeda actually mean, and was this alleged plot ordered (or even inspired) by bin Laden or al-Zawahiri?

It’s all too easy to drop the name into a newspaper article or TV news report without any clue whatsoever is actually going on. Taking a browse of the Wikipedia page on Al-Qaeda is quite interesting, especially the aspects of pledging loyalty and Al-Qaeda linked individuals. At the very most this guy was at the edge of the thing. Oh, and surely if you wanted to blow up a plane it would make sense to say you’re from Al-Qaeda even if you’re not because that will scare some more gullible people into fearing the muslim world is attacking the west.

Which brings us to the issue itself: airport security. The guy was supposed to have a belt load full of PETN, and had attempted to explode that. It’s the same explosive that Richard Reid used to try to bring down an airliner by exploding his shoes. It’s thanks to Reid that paranoid airports make passengers pass their shoes through a metal detector that cannot detect PETN just to make all of us feel more inconvenienced safer.

There’s no practical way that I am aware of (see this) to check every single passenger to see if they have PETN or other explosives on their person, and even if you can detect liquid explosives then there will always be other ways and means to bring a plane down if you’re determined enough. Plus this recent attempt was from Lagos via Amsterdam, 2 reasonably large airports. I’ve recently flown from an airport with departing flights that connect to flights to the USA where the security check was at a plastic table on the runway and there was no airport perimeter fence – airport security is not the solution for things like this and has a long way to go…

Last but not least, I have not seen anyone question whether there was actually enough explosive in this case to manage to actually bring down the plane. OK, there were flames, but was it enough to cause a crash, even if it had gone off properly? Also the flight was apparently ‘coming in to land’ so was not at full altitude, although it must be mentioned the passenger was sitting over one of the wings. Is it however inevitable that the decompression would have downed the plane?

But of course looking at the physics needs some knowledge and research time from the journalists reporting the story and it’s much more fun to idly speculate about how Al-Qaeda is trying kill us all.

[UPDATE 28.12.09]
The Guardian now has some more details of the bomb. It’s thought there was probably 80g of PETN, enough to blow a hole in the aircraft fuselage. At last some proper journalism about the bombing attempt.

(Apologies to anyone who happens to chance upon this and was on the flight, or knows someone that was – it would have been scary as hell to be in there. But this is about the media, politicians’ and the general population’s rection, not the incident itself per se)

How unreliable #CrossBorderRail trains mess with your mind